Join the Manoir’s docents to find out more about John Le Boutillier’s nearly forty years of wide-ranging endeavours. Dressed in period costume, they will assuredly take you back into the heart of the fascinating history of John Le Boutillier and the development of the Gaspé.

This exhibit showcases the descendants of John Le Boutillier and features a series of photos associated with their distinguished lineage. Significant objects from private collections or acquired for the exhibit illustrate the family’s longevity over the years. An exhibit to explore in an exceptional setting!

This outdoor exhibit focuses on the building, showcasing its contribution to our heritage by drawing attention to some of its architectural particularities (location, size, eaves, dormers, windows) as aesthetic elements that speak to the John Le Boutillier’s opulence. Another component of the exhibit is the garden incorporating the idea of the model farm, a cornerstone of politician John Le Boutillier’s values. The model farm was established under his leadership to encourage fishermen to improve their autonomy.

Complementary to the indoor exhibit, the memory garden echoes the themes presented inside the Manoir, which focus primarily on domestic life, the business world, the company’s outreach and the Le Boutillier family genealogy.

The path through the garden illustrates some of the sub themes – domestic life, for instance – covered by the indoor visit. But it invites visitors to expand their knowledge, senses and emotions a little farther, both in time and in space. It provides greater context for the living conditions of those who inhabited the Manoir— the company manager, servants and sometimes, members of John Le Boutillier’s family.

The “Living portraits” exhibit is a digital installation shared by five Gaspésie museums. A series of digital screens showing portraits have been installed at each museum, where – with their real frames – they blend into the decor. At first glance, they are simply a series of static portraits. But when the visitor pushes the plaque to start the video, the people in the portraits begin to move and interact; they even move from one frame to the next. And in doing so, they share the history of the Gaspé Peninsula in a playful, modern way. Visitors can choose to listen in English or in French. 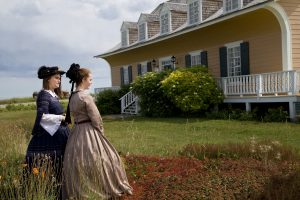 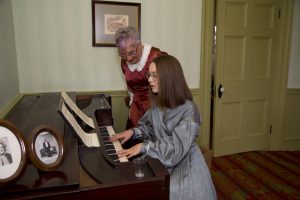 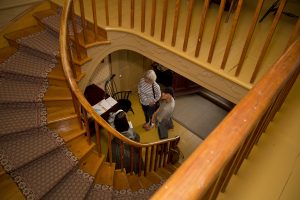 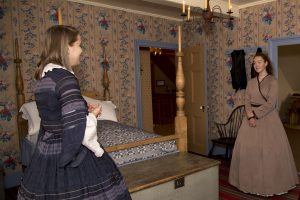 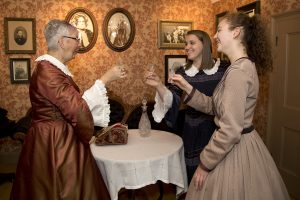 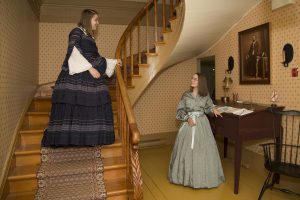 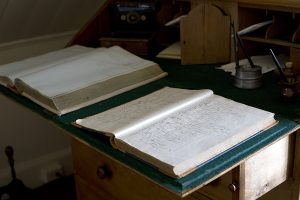 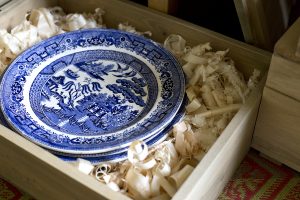 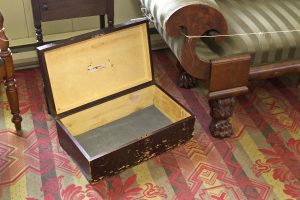 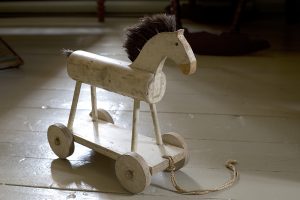 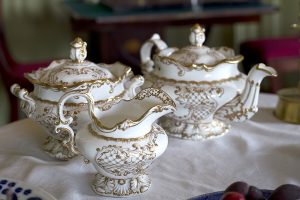 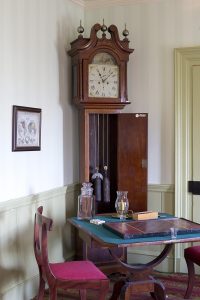